The American Legion convention, in Philadelphia, Pennsylvania, assembled 2000 legionnaires in July 1976 . Three days later, many legionnaires suffered fevers, pain in the lungs, and severe fatigue. In total, 221 people were admitted to the hospital, 34  of them died from their infection.

What did these 221 people have in common ? The convention. Consequently an analysis was carried out in the hotel, where it was discovered that bacteria. It had spread throught the air conditionning vents, infecting the occupants. It was only in 1977,  after several scientific studies, that the bacteria was called as Légionella pneumophila. The disease was named ” Legionnaires’ Disease” or “Legionellosis”.

The initial symptoms of Legionnaires’ disease, resemble those of the common flu and appear progressively over two or three days. Other symptoms include :

Children and the elderly are especially susceptible to the disease as are people with weakened immune system . However, it cannot be spread person-to-person and sufferers do not have to be quarantined. Indeed, airways, throught the inhalation of water droplets where Legionella bacteria are present transmits Legionnaires’ Disease. 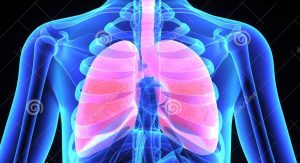 Discover bacterial risks related to water, how prevent, and keep yourself inform on this subject!