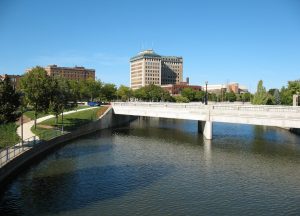 Flint is a county seat of Genesee County, Michigan, United States, which has a population around 100 000, and more than a half live under the poverty line.

2011, Flint is in banckruptcy. The town wants to reduce budget cost in differents domains, espacially in 2014 on the water source. Also in difficulty, Detroit decided to increase the price of water that Flint could not accepte. Flint’s water source switched from Lake Huron to the Flint River. 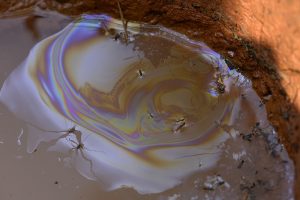 But this river is polluted. The government assure that water will be treated and clean. However, after few months, residents noticed tap water was discolored and acrid-smelling. Most of people got sick, some of them suffered fevers, pain in the lungs, and severe fatigue etc… Doctors announced that lots of children have too much plumb rate in their blood, that can give memory loss, vision loss,and a risk for nervous system. Moreover, Legionnaires’ Outbreak, a potentially-fatal bacterial lung infection, killed 10 people. We notice between 2014  June and 2015 November, at least 87  cases of legionnaires disease.

After lots of analysis, scientifics found too much plumb, which came from the river . This plumb corroded pipes and at the end infected water at point os use.

In October 2015, the town decided to back off and use clean water source, the Lake Huron. However, it did not solve anything because the contamination was always present due to corroded pipes. The governor Rick Sydner told that 1 million dollars would be use to buy filter, analysis of water in schools and bottle of water will be distributed. People would have to wait December for governor’s apologize and January 2016 to have an emergency state. The town would need 1,5 milliard dollars, to repar all plumbing systems, an important sum for Filnt county which is under the povery line.

This affair become a scandal. First of all, population mostly black do manifestations because they think that nobody take care of them. Then people have always to pay their water consommation although it is polluted.

In 2017, the town is always living with filters and bottle of water.

2018 is waiting for new governor’s elections.

Discover bacterial risks related to water, how prevent, and keep yourself inform on this subject!